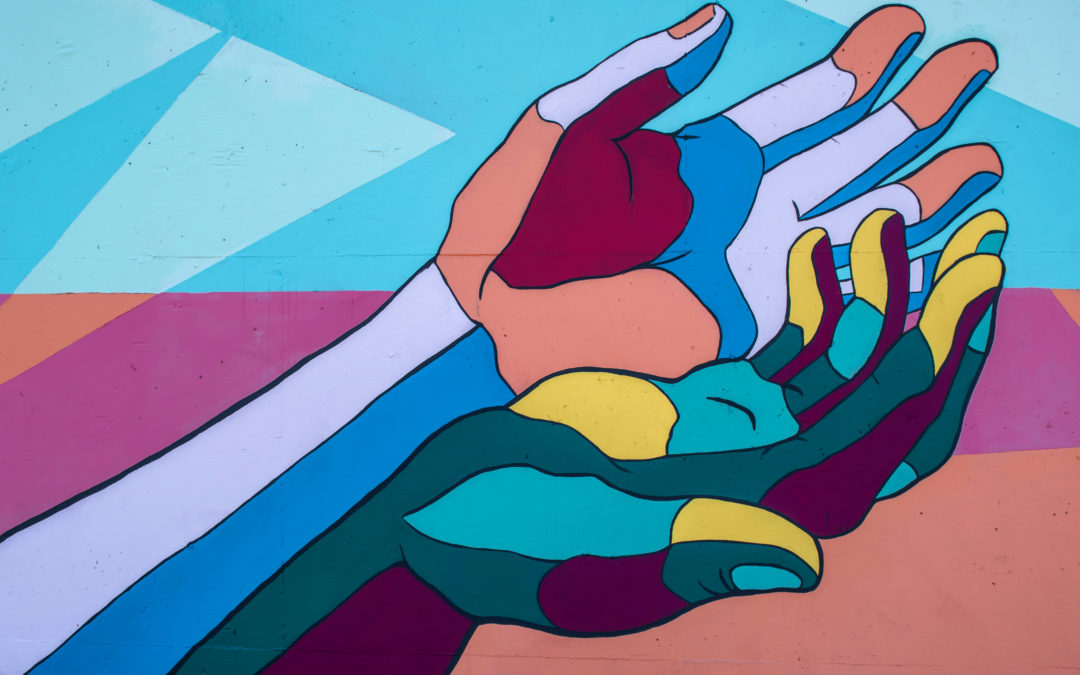 Join Rev. Marla Rotman for the Giving Project, a 3-session course for pastors and church leaders who want to inspire biblically-grounded, mission-focused generosity, without manipulation.

My grandparents taught me to be generous. Back when I was little, they picked me up every Sunday and took me to church. We’d sit in the balcony, where it was always extra warm. I would fade in and out of sleep leaning against my grandmother’s cushy side. When the offering plate was passed, my grandparents often gave me the check or cash to put in the plate. For as long as I can remember, they never failed to put money in the plate.

But generosity is bigger than just tithing on a regular basis.

My grandparents would also show me how to be generous by taking me with them to a local ministry that worked with low-income children. I’d help them lay out the craft supplies, watch the little children, lead games, and hand out the lunches. Every week in the summer, they would generously work with the children to teach them about Jesus and give them constructive activities to keep them busy and out of trouble.

Generosity wasn’t just something they did – it was also who they were.

Not only did they give to the church, and help out in the community – they also made generous decisions. When the local swim club association made a point to prohibit people of color from swimming, my grandparents refused to buy a membership for their children and made their decision public. They believed black-lives-mattered even in the 1950’s and 60’s. Also, when my grandfather, an engineer, was negotiating a deal with a general in the United States government who refused to acknowledge or speak with the one woman engineer on my grandfather’s team, he stood up and left the deal on the table. He believed women mattered, too. The decisions my grandparents made were always generous, especially to the poor or disenfranchised.

Historically speaking, the church was a place to learn to be generous. But, these days, it seems churches are hesitant to teach generosity on a regular basis, especially fiscal generosity. Over the years, money-talk has become taboo in most churches. Sure, an annual stewardship campaign is offered every fall, but, more often than not, that’s all there is. After the campaign ends, pastors and church leaders breathe a sigh of relief and put away their stewardship brains until the following year. Many times, the pastor and leaders don’t even know who is giving, or how much each member is giving in the church. It’s one of the most widely held secrets.

Generosity is something that is taught and it makes perfect sense that churches do the teaching. So, why aren’t we doing it more often? Scripture is not mute on the subject – it has more to say about our relationship to money and what it means to be generous that practically any other topic. Plus, there are hundreds of ways to teach generosity within the life of the church. For example, just genuinely saying “thank you” to the congregation for giving can cultivate generosity. Sharing stories about the generosity of specific members cultivates an atmosphere of giving generously. Having a simple, clear, compelling mission statement and inviting people to participate in the mission helps generate generosity. And, highlighting the generosity of biblical characters helps people realize their role in the cycle of giving.

Generosity is learned, encouraged, and inspired. Not everyone has a generous role model to teach them about giving, so it’s time for the church to step up and make generosity a pillar of the values of being the church. We need to be generous as churches by striving to give at least 10% of our budget to help release the captives, feed the hungry and clothe the naked. And we need to be people who demonstrate generous living to the greater community by giving of ourselves and our resources to agencies and people in need. It’s a legacy worth nurturing, for our present and our future.

I wonder… Who taught you about being generous, and how can you, as individuals and as the Church, teach and inspire the generosity of others?

Join Rev. Marla Rotman for the Giving Project, a 3-session course for pastors and church leaders who want to inspire biblically-grounded, mission-focused generosity, without manipulation.