When the World Around Us Changes

When a group of American religious leaders spoke out against political and social change “because it is unwise to risk the good we have for the evil which may occur,” many faithful people protested the coming change.(1) Picket lines, articles, and sermons supported their view, sure that the coming change would tear at the very fabric of American society. They were so successful that their protests stalled the coming change for decades.

Thus, women were denied the right to vote until 1920.

Their words, spoken in fear and published in a popular pamphlet during the 1910s echo among leaders across our country today as we grapple with the appropriate ways to respond to what feels like unprecedented social change. Questions of race, sexuality, gender, immigration, and economics call Christians to evaluate how we can use our faith to respond to a world that is changing faster than ever before. A broader view of history in this article from Bloomberg allows us to realize that 2015 is not the first time Americans have faced dramatic social and political change.

The year 1848 provides a perfect example. The United States faced a series of revolutions and reactions that eventually changed the lives of every American. Gold was discovered in California, creating migration and immigration challenges that would last decades. Men and Women met in Seneca Falls, New York to declare that women should be granted full citizenship and the right to vote. President Polk signed the Treaty of Guadalupe Hildalgo, ending a war with Mexico and creating the present-day border between the United States and Mexico. John Noyes, a religious reformer, founded the utopian Oneida community to experiment with a new way of living. The American abolitionist movement found renewed hope as the international community increased its pressure on the United States to end slavery.

Americans responded to this period of constant change in one of three ways. In fact, history shows us that every time our country is faced with great change these are three most popular way Americans respond.

We have a choice about how to respond to our own moment of social change. How should our churches react to the Supreme Court decision on marriage? What kind of opinions should we adopt about the systemic racism that plagues our nation? It is safe to assume that every congregation has individuals who fit into one of the three categories above.

As leaders, we are called to create a fourth option, one that allows people to ask hard questions but never forgets that Jesus calls us into social upheaval daily. We must not follow in the footsteps of the 1910 church leaders who wrote “it is unwise to risk the good we have for the evil which may occur.” Rather, it is time to embrace the changes that make us uncomfortable because we follow a god who taught us to love our neighbors, welcome strangers, and push ourselves outside of the “good we have” in hope of a better future to come. 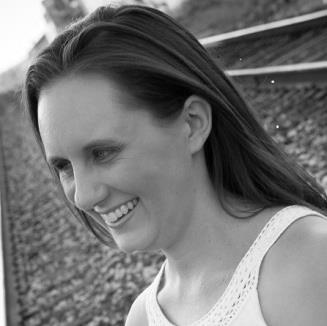 Kristen Krueger serves as the coordinator for the Internship program. Kristen is called to develop young adult leaders by building connections between young people, congregations, and other organizations.