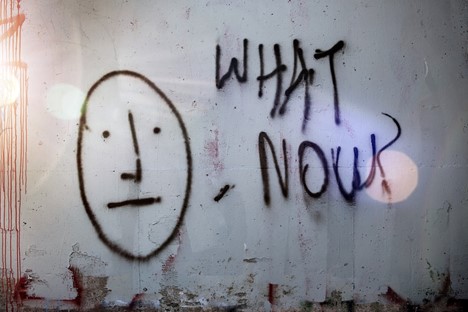 This is part one of a two-part series.

Ready or not, now is the perfect time to manage resistance and lead change.

I recently met in person with a faithful congregation that had a fragile future. (Pre-covid they had an average of 50 people in worship.) We dug deeply into scripture, shared all of our best experience, presented solid research, told inspiring stories, and attempted to set goals. The anxiety was building every step of the way, as those in the room worried about what a few (really two people with powerful personalities) would say about this work.

The shadow of these influencers was so real that I could feel their presence, even though I had never met them.

It wasn’t until we were putting the goals in ink that I fully realized the scale of the resistance – nothing new was going to happen unless it was blessed by these influencers. And no one really thought that was a possibility.

How can a few people, who were not even in the room, hold a congregation’s future hostage?

Think of this as Church A.

The next day, I met with another faithful, yet fragile congregation. This time we met on Zoom. We pretty much used the same material I had prepared for the Saturday crowd. The energy in the digital space was visibly high. There were no obvious barriers to setting goals that led to new experiments. In light of the day before, I pushed a few questions into the conversation to make sure I wasn’t missing something.

“Are there people who will resist these experiments?” “Do you feel you have permission to try new things without gaining permission from someone?” “Who has to sign-off on this?”

How can a few people feel empowered to lead a congregation’s future with such confidence?

Let’s call this one Church B.

In the span of 24 hours, I saw the past and the future unfolding right before my eyes. One congregation afraid to try, at the risk of upsetting the apple-cart, and another, similar-sized congregation open to trying new things, with confidence that if they failed, the world would not end.

Which most resembles your congregation? Are you more like Church A or Church B?

Be honest with yourself.

Now is the time to lead change – not next year!

Everything in life has been disrupted due to the pandemic. We didn’t have time to worry about what people would think – we had to gut it up, and made changes. Actually, we made one change after another as we scaled the wall of the pandemic, of racial uprising, of economic crisis, of political divide, and on and on. We have lived on adrenaline for over a year.

Now, we are exhausted. In our weariness it feels easier, even comforting, to go back to where we were, but in our hearts, we know this is a façade. There is no going back. We are going forward, but where are we going? What will the resistance look like, and will we have the energy to meet it?

Is it the future or the past that will see the day?

Will your congregation give into to voices that resist change? Are you willing to let the “hell no, we won’t go” crowd push harder than the “We think we can, we think we can” voices?

Or can you, with the help of God, love all the people, hear their voices and pull a future vision together?

Now is absolutely the right time to lead change. Catch your breath, and then lead on!

Here is a short list of at least four places of resistance to pay attention to now:

1. Purpose: A congregation that has lost its reason for existing is at risk of a small group, even a single family, setting the purpose of the church. People may step into the void with all good intentions, but regardless, a purpose will emerge that leaves the larger mission of the church at stake. Without clarity of purpose, a handful of people can drive a personal mission, like a personal preference for worship and music, or a personal program, meal, tradition, etc. This smaller, personal purpose, can act as a barrier to a God-size vision every time and a big distraction on why the church actually exists. The key here is to clean up the congregation’s purpose and values and work on alignment.

2. Power: A lack of clarity of role, responsibility, or accountability will typically result in a few voices being heard louder than others, simply because the system is giving them the microphone. A lack of leadership will leave a void that will be filled by the people who are willing to step in and do the work, because it feels easier. These people end up with more power than they ever expected, and by default, more ownership in keeping things the way they were in the past. This power is not a power grab so much as a power void resulting in a misuse of power, bullies, or other brokenness. Compound this with bigger financial contributors who want a voice in decision-making, or by a declining income that drives reducing budgets to produce a highly resistant core group of leaders. The key here is to go to work on the system and reduce the leadership vacuum by growing leaders.

3. Pastors: In a time of great change, like we are currently experiencing, pastors and other trained leaders may feel inadequate because we were not prepared for the world we are now serving. The professional leaders may have clarity of vision, yet be reluctant to share their thoughts out of genuine fear of the powers-that-be. Pastors may prefer to give the visioning role to their lay leaders, convinced that this is their best way of navigating messy dynamics. Either way, being a pastor today is harder than it has been in the past 50 years – making the act of finding courage to risk fairly common. The key here is to support pastors in getting rest, gaining new skills, and in taking courageous risks to lead the church.

4. People: An aging population has a certain worldview of what makes our church feel right. There can be a refrain of “we’ve tried that and it didn’t work” or a lack of trust in outside support with a suspicion that the bishop or other outsiders want to take over their assets. Embedded in this resistance is an enormous amount of grief. Never underestimate the depth of faith of this group of people. People newer to the congregation, (who may or may not be younger) will not understand the grief these people are carrying. The key here is to love people for who they are, to listen deeply to them, and to grow them when possible.

Managing resistance is the work ahead. I will dig into what it takes to move through our own weariness so we can lead in an uncertain future.

You can look forward to building on each of these key areas: purpose, power, pastors, and people next week.

This is a good place to start.