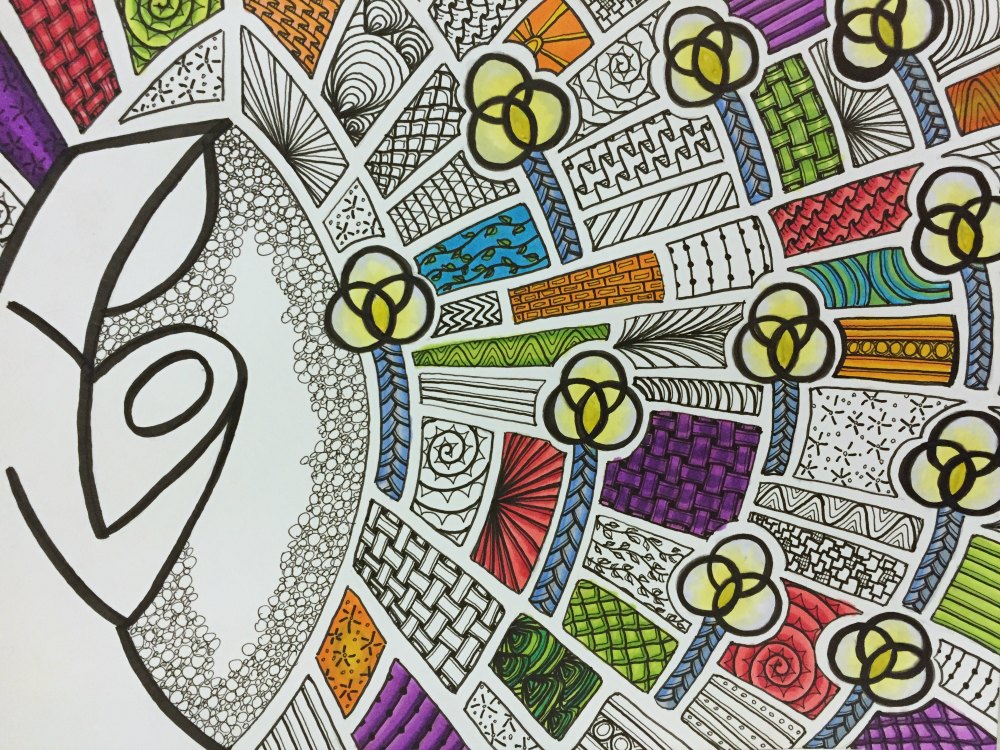 by Vonda Drees, creator of the 2017 Advent art and Director of Grunewald Guild
This post was originally published in Vonda’s blog.

It all began with a question: What if during Advent, we began with four lit candles and each week lit one less, quieting/stilling our way toward the center Christ candle? How could a question like that be imaged?

One person said it’s like a countdown… Yes, indeed! I’ve also suggested that it mirrors our physical experience (in the Northern Hemisphere) with light.

The image breaks into five vertical panels, from right to left: four lit candles, three, two, one, and the Christ candle with the Madonna and Child.

One of the things that delights me is that in the tradition of reading left to right, the image begins with Christ. God is with us all along. Becoming quieter can help us discern that. I had a conversation early on about my desire to have people move through the image from right to left, like coming back to the beginning. The person I was talking with told me about the “O, Antiphons.” Really, really interesting stuff… “O, Antiphons.” Really, really interesting stuff… And although it can’t be proven, I choose to leave room for the mystery.

Download (free) this image in black and white using the link below. Add your own color this Advent!

Check out the liturgies that accompany the images… it’s all free here from LEAD.